Sometimes, you hear a song that pierces your soul.

A couple weeks ago, I heard just such a song. After hearing it on the radio several times, I just had to find out who it was by. There's some websites where you can try to find a song just by typing in some lyrics (like lyrster), but I really had a hard time remembering how they went. The singer has kind of a rambling, mumbly voice... somewhat like my own. Maybe that's what drew me to it. Eventually, it came on at a time when I could really pay attention and write some down.

It's starts off with a dark, tormented strings line... that fades into a beautiful, hopeful guitar line. And then the singer somewhat "talks" the lyrics, and it gradually builds into a frustrated rant at the end. Another thing I like about it is that there is no repeated chorus, which defies standard songwriting.

The song is "Sometime Around Midnight", by The Airborne Toxic Event. Check it out.

Posted by otisgexperience at 8:12 PM 5 comments:

The Supreme Chancellor of Typing!

I was a total geek in high school. I played the tuba. I was in advanced math classes. I was too afraid to go to dances. But, besides ALL that...

I was proud to be the fastest typer in keyboarding class. 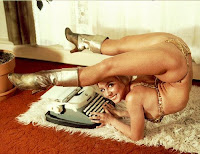 It was slightly old school, we actually used electric typewriters. I think it was about the time that schools were trying to figure out how to integrate this new-fangled computer thing.

Ever since, I would occasionally find myself looking at a roadside sign, and typing it out in my head. I felt stupid for doing so.

Recently, during lunchtime at work, some co-workers were having a typing contest. Someone found a website that "tests" you on words per minute, and number of mistakes. They wanted me to give it a shot, and I reluctantly sat down. I do a fair amount of typing at work, but I didn't have very high expectations.

Much to my surprise, I got 80 WPM, with 3 mistakes. Yeah. Turns out, I'm the office typing champ.

I actually felt like I could have done better. Today I tried it again, and got 93 WPM, with no mistakes. Awesome.

Yup, I'm still a geek. Click below to try it for yourself. And I would add that I'm more of a "sprint" typist, not sure how I would fare in a typing "marathon"... :)

Posted by otisgexperience at 5:15 PM 6 comments:

Today is January 19th, my 35th birthday. I joke with people to enjoy their day off, due to my birthday being a national holiday.

I’m nobody special. I’m a white, working-class, thirty-something suburbanite, just like almost everybody else. Regardless, I’ve spent my life trying to be someone special, using every medium my generation has embraced. I write blog posts. I make YouTube videos. I write and play music. All with the hopes of leaving some mark on the world.

I grew up in North Idaho, a million miles away from the Mexican border, the south, and the culture of the east and west coast. The only culture I experienced was what was spewed from MTV and evening cop dramas. Apparently, “culture” meant gangster rappers and drug-dealing Mexicans. If that was it, I was glad to be tucked safely away among my fellow white people in the mountains of the Northwest.

Unfortunately, it also made a convenient hideaway for a little group of haters, called the Aryan Nations.

They would occasionally have parades through downtown Coeur d’Alene, sporting swastikas and young children. It was a confusing time for a white community, who knew that hatred for different cultures was wrong… but had never really personally experienced exactly why. So, they whole-heartedly tried to ignore the escapade, but wanted the world to know it was being ignored… which ultimately resulted in the national media focusing on “those racist bastards” who dominated North Idaho.

It never really made sense to me. You might as well parade around the desert, and tell a herd of cattle how much you hate dolphins. The Aryan Nations eventually went away, but their stigma stained North Idaho for years to come.

When I joined the Marines at age 19, I looked forward to leaving North Idaho, and meeting people of varied cultures. I wanted to find out for myself if what I grew up watching on TV was true. At that point in my life, I had never even met a person who wasn’t white. I stepped on a plane and bid farewell to my white safety, at least for awhile. On the plane, I sat next to someone who was flying back to California. He asked me where I was from, and I proudly stated that I was from North Idaho. His response? “Oh, nice. At least you don’t have to worry about niggers up there.”

I was speechless. I realized that being from Idaho, I was going to be perceived as racist. I was also saddened to realize not all “haters” wore swastikas, but sometimes sported briefcases and business suits.

In boot camp, I was excited to be placed in a culturally diverse platoon. Although, it made me nervous. I wasn’t sure how to act. If I asked innocent questions, like “if your skin is black, can you still get sun burnt?”, would I get my teeth knocked out? In the end, it didn’t really matter. Boot camp wasn’t exactly conducive to dinnertime conversation. We were lucky to have time to polish our boots. And besides, Marine Corps boot camp was not the place to examine equality. We were all treated equally worthless, regardless of race.

After graduating, I was shipped to Ft. Sill, Oklahoma for artillery school. Once again, I was glad to see several African-American Marines. And here, I thought I would have time to maybe get to know some of them. I never had the chance.

As soon as we arrived, they all segregated themselves to the corner of the room. It was deemed “the ghetto”, and unfortunately for the rest of us… was located right at the entrance to the head (bathroom). Any white guy who had the misfortune of needing to go to the bathroom, had to weave through the taunts and insults of the ghetto. To make it worse, while the rest of us cleaned the barracks to get the weekend off, the ghetto was busy wrestling around, trashing the place. One time, we didn’t get the weekend off. Because of the ghetto.

I started to wonder if what I saw on TV as a kid was, in fact, a true reality. I went back to the white safety of Idaho, and several years went by.

I lived in Portland for awhile, in the predominately caucasion suburb of Beaverton. One night, I drove through the “black” part of downtown, out of curiosity. I was later told if I wanted to live, I better stay the hell out of there. I did. I once again returned to the white safety of Idaho, and several years went by.

A few years ago, I went to visit my aunt in St. Louis. I was excited to visit the University district, after hearing it was culturally diverse. I found my way there, and for the first time in my life, experienced what I had always wondered possible.

There were Muslims. Latinos. African Americans. Everything I’d never seen in Idaho. They were all shopping, walking among each other, and surprisingly… talking to each other. And the best part?

Nobody seemed to really think anything of it. Just the naïve white guy from Idaho.

I felt hope for America. At the same time, I also wondered why this wasn’t the norm for America. I returned to the boring, white safety of Idaho. Several years went by.

Before Obama, I had never voted for a President. Ever. I was committed to holding out for someone who inspired me, who I thought would change the world for the better. Obama did that to me. He seemed like an inspiring leader, a refreshing new way of thinking. Honestly, the fact that he’s black wasn’t really a factor. I wanted to focus on the man, not the origin. But you know what?

I’m proud to say that the first man to excite me enough to vote is, in fact, black.

Last night, I saw Clint Eastwood’s new movie, “Gran Torino”. He plays an old war vet, whose neighborhood is overrun with foreigners. The same people he was raised to hate, and ordered to kill as a soldier. From the beginning of the movie, he calls them every horrible, derogatory slang term you can imagine… and the audience laughed. Initially, I cringed, and was reminded that I was still in my naïve, white Idaho.

Eventually, I found myself laughing, too. Most of the terms he uses are so old-fashioned, so ridiculous. And I realized that with the election of a black President, we are that much closer to those words being exactly what they should be - laughable ignorance. It was an incredible movie, that everyone should see. I won’t give it away, but in the end… you’re blown away by what Clint Eastwood does to protect the very people he was bred to hate.

Today, I watched another fitting Martin Luther King Day movie, “Crash”. Another great example of people wanting so bad to hate , while continuously “crashing” into each other lives. And finally realizing they all depend on each other.

Tomorrow, we’ll have a new President.

Best of luck to you, President Obama. Make jobs. Fix the economy. Figure out what’s supposed to happen in Iraq.

And make this white, working-class, thirty-something nobody from North Idaho feel like he left a mark on the world… by voting for you.

Embrace this opportunity, America. Remember why it’s a big deal, and think about why it shouldn’t be.
Posted by otisgexperience at 4:26 PM 6 comments: 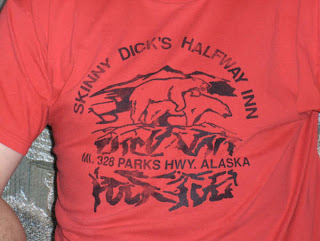 They always seem to have 1,378 pairs. High heels, boots, tennis shoes... and other assorted "foot coverings". Like most guys, I probably have around 5 pair. In years past, I've had 2. We just don't get excited about such things. So I wondered, what is it that guys get excited about?

I have probably 30 t-shirts hanging in my closet. Some of them I've never worn. Some of them were bought purely on a whim. Some of them I paid too much for, while others were absolute bargains. And granted, some of them should have been retired years ago.

This is all coming about because I was at the Hot Topic in the Valley Mall a couple days ago, and picked up this gem: 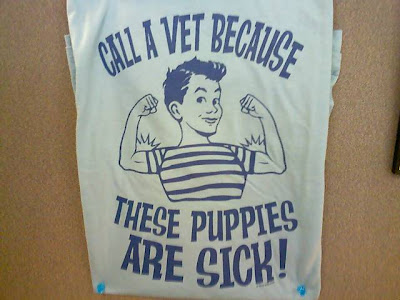 Straight from the clearance pile, for $7.00. Awesome. :) For now, it's displayed proudly in my work cubicle, for all to see. 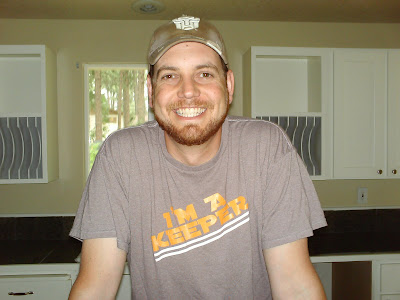 Posted by otisgexperience at 7:29 AM 3 comments: