I got a new friend request today, with the attached message:

"Hey you! This is (so-and-so)! Remember me? We went to high school together. We were friends... I think."

I confirmed the request, of course. I'm excited to reminisce about all the old memories...

If we have any.
Posted by otisgexperience at 9:11 AM 1 comment:

She Wore a Pearl Necklace

Following my recent teaching experience, I still have one part of the ordeal stuck in my head:

When did kids become so rotten?

I was assured that the class I taught is a "fun" class, so kids aren't always on their best behavior. Still, I don't remember kids being that obnoxious in school... even in "fun" classes. I'm stopping short of saying "When I was your age..."

I was perusing my Dad's high school yearbook the other day, and got a few laughs out of it. It was a time when picture day was a big deal, and every girl is wearing a dark dress with a pearl necklace. Every guy is wearing a coat and tie. What a bunch of squares! These people still knew how to shake things up, though. Check out the antics of 'ol Patrica Ann:

Yeah, you definitely wouldn't see the student's home address in the yearbook nowadays. And who can forget good 'ol Fred:

And what did these people do for a swingin' good time, you might ask? Well, I think Dianne had a great pastime: 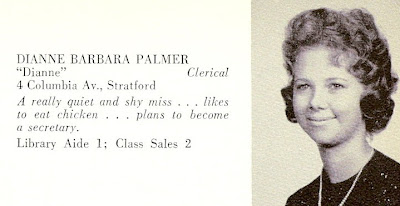 This guy had a promising yearbook caption: 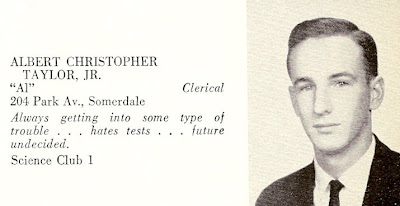 Golly! I hope he turned out all right. And the man who planted the seed for this post:

What a strapping young fellow. We better throw in my Momma for good measure (from an entirely different geographic location):

Her outfit is a little spicy compared to the chicks at my Dad's school. It's no wonder he held out for her. 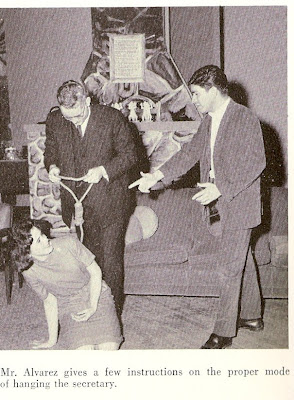 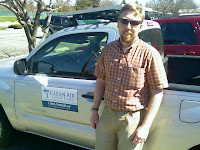 O'Malley never ceases to amaze me.

He's the epitome of what we term Green. And I don't mean he just recycles cans. He lives his life, everyday, wondering what else he can do to protect the environment. I jokingly call him a "hippy" (which he doesn't appreciate very much, I just think it's fun), but he says living Green really has nothing to do with being a hippy. A few months ago, he took it to a new level... and decided to start a new Green business.

It's a franchise called Clean Air Lawncare, with humble beginnings in Fort Collins, Colorado. Apparently, someone over there decided that gas-powered lawnmowers are a major source of pollution (and noise). They started a new lawn service, using electric mowers and organic 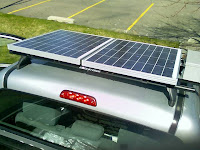 fertilizers. The thing took off, and now there are several franchises around the country. O'Malley realized noone had laid claim to the Spokane area yet, and decided to jump onboard. He made a business plan, went to Colorado for training, and a couple weeks ago picked up his first company rig out of Portland. I saw it for the first time today, and immediately noticed the solar panels mounted on the roof. They serve as chargers for the mowers, so the environmental impact is practically zero. Very cool. And... the idea of not having to listen to noisy lawnmowers is quite appealing, too.

I wish him the best, although if the thing takes off... I'll possibly lose my best cubicle friend. But then again, when you have a desk job... mowing lawns sounds pretty good sometimes. I guess I better stop calling him a hippy. :)

He did get me back recently, and found this photo somewhere: 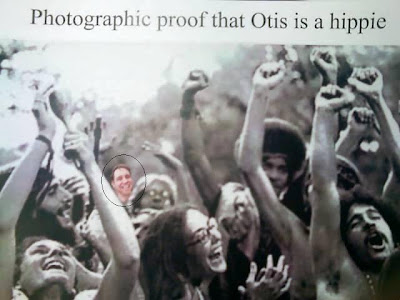 Strange... you'd think I'd remember being at Woodstock. But then again, I don't know if many do. :)

If you think this all sounds good, and live in the Spokane area, shoot O'Malley an email at tavis@cleanairlawncare.com.

It's Just Not Right.

While I'm waking up to 3 inches of new snow (during our alleged "Spring Break"), Mavis sends me a picture of herself on the Brooklyn Bridge in New York this morning: 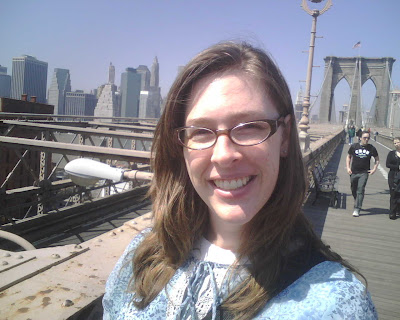 The dude behind her in a t-shirt just adds insult to injury. :)

Posted by otisgexperience at 12:30 PM No comments: