I haven't posted for several months, which I kept telling myself was because I was dealing with a broken leg. In reality, it was much deeper. I was coming to grips with several big life changes, and more than anything... I just didn't feel all that interesting.

Today, I attended the Huckleberries Online Blogfest. It's something I've gone to previously, but for whatever reason... this time it felt like seeing an old friend. After hearing kind words from several people that I won't mention (IdahoDad, Cindy H, and MamaJD), I'm inspired to get back into the game.

There were several things I needed to bring with me when we left the house. What better way to remember them than making a list on your hand! 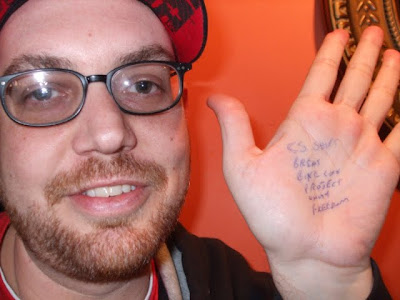 I was determined that the kids and I would ride bikes to get there. We were completely unprepared for how cold it was going to be, but my little guys were tough. 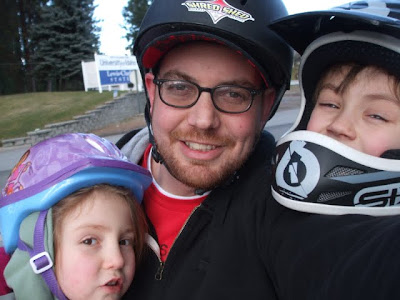 Well, they were mostly tough... until they weren't anymore. We showed up at the Fort Ground about a half hour early to warm up. Luckily, the drink menu included hot chocolate. 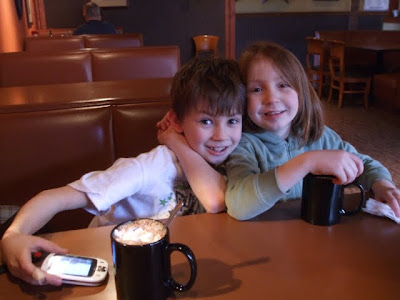 Mavis was off coaching a debate tournament, but fortunately it ended early enough for her to come join us. 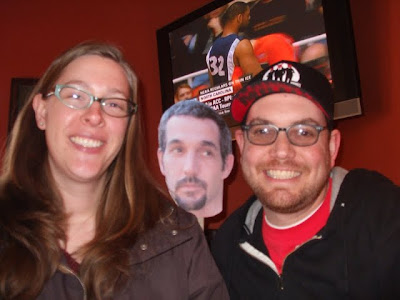 The blogmeister himself, DFO, was of course on hand (along with Sunny's Mini-Me). 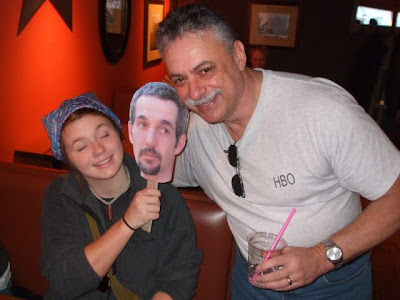 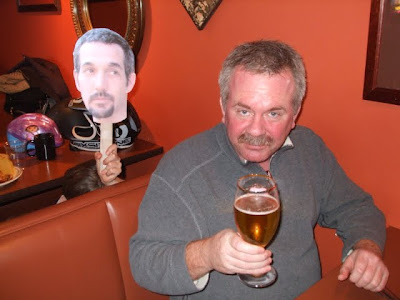 And old friends Sam and Meghann. 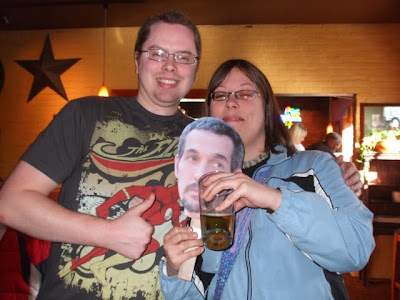 This peculiar fellow kept showing up, but nobody knew who he was. He preferred to remain anonymous. 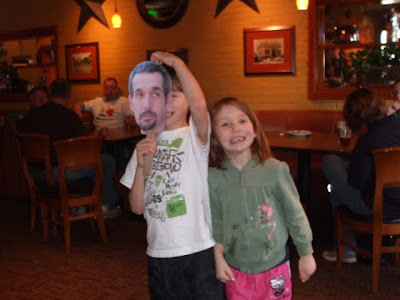 I thought the Fort Ground staff did an incredible job. They were more than hospitable when we showed up early, and it was obvious that they were excited about hosting the event. 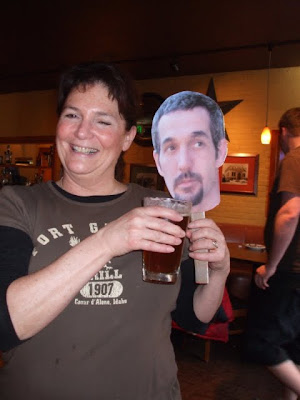 We had a great time. After a cold bike ride, the hot wings were perfect. And for some reason, having a cold beer seemed to warm me up as well. 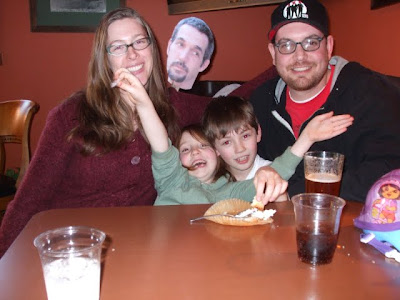 If only my 'ol buddy Brent from Tennessee had made an appearance...

The Otis G Experience is back online.

Posted by otisgexperience at 10:15 PM 5 comments: